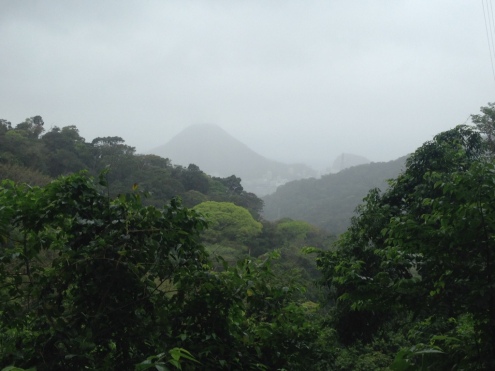 A run up to the Vista Chinesa

Secluded beach by the Sugarloaf mountain

The Olympic Park at dusk

Five months ago I had the pleasure of volunteering at the Rio 2016 Paralympic Games. I should really have written something about this as soon as I came back but handily it was an unforgettable experience so it is fresh in the memory!

As is customary with me I just packed hand luggage, with an obligatory pair of running trainers (Inov-8 road claw 275 if you are interested) and very little else. The trip was a culmination of two years of preparation by way of signing up for the Rio 2016 volunteering programme, with a whole host on-line courses, interviews and tasks. The process was really thorough and impressive, until about two months before the Games started when everything went strangely quiet- the announcements of funding cuts to the Paralympic element had a massive impact on everything including venue alterations (I was due to be at the Deodoro venue but this was changed with a couple of weeks to go). As a volunteer at an event abroad you invest not just your time but a significant amount of money (you pay for your own flights and accommodation) so when I arrived at Galeao airport to be told I had been deleted from the system and was not allowed in the country I was not exactly chilling. A couple of hours later (great fun) I was through, but I spent the first week ringing and e-mailing the volunteer portal to get re-instated on the system, and was finally confirmed six days later, with exactly the same timetable I had been given months before! It was a bit of shambles to be honest, but was genuinely the only negative thing I can say about the whole trip- to say that Rio and the Paralympic Games held there surpassed my expectations is an understatement.

View from the top of Sugarloaf mountain 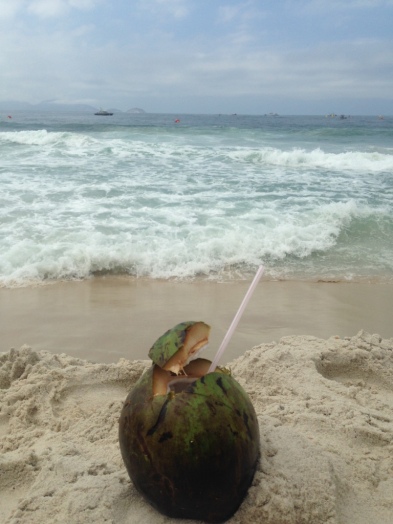 For a start the setting is just incredible- the beaches of copabana and ipanema, the tijuca rainforest, sugarloaf mountain, christ the redeemer statue looking over you- it really is perfect, and as a runner I certainly made the most of it. I don’t like mornings and I am not going to lie- but every day in Rio I got up at 6am and ran.  Whether on the beach, on the cycle lanes, around the lagoa (venue for the rowing), up to sugarloaf mountain, around Botafogo, past Fluminense FC, Lapa, Santa Teresa, re-tracing the Olympic marathon route along the Port, or up to the Vista Chinesa (the controversial Olympic road cycling descent), the choice was varied and endless. To run at sunrise in such beauty and finish off with a fresh coconut juice or equally amazing fresh juice (personal favourite- cupuacu) from one of the friendly stalls, even I will get out of bed for that!

All the scaremongering stories and negativity I had heard in the Western press in the months leading up to the Games leaves you quite nervous before a trip like this, but for me was completely unjustified. I ran through many neighbourhoods in Rio, touristy and normal areas, and didn’t once feel threatened, didn’t see any trouble and felt incredibly welcomed. Yes there are guards at the entrance to many of the tourist attractions, and yes the guards were asleep at the foot of the secluded rainforest trail route up to corcovado(!) (so I didn’t risk the run up), but I felt safe. I do recognise that security levels were increased during the Games so I can’t talk objectively about whether it is like that year round, but like anywhere in the world if you take sensible precautions you should be fine (I didn’t walk into favelas or go on the beaches at night for example).

It is amazing who you can meet on a run….. 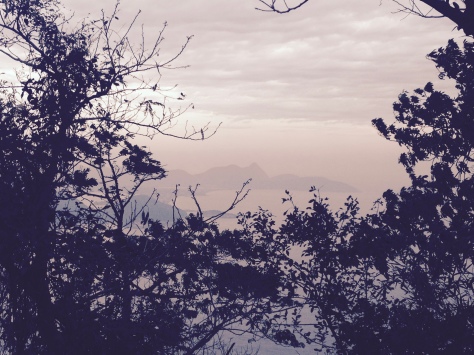 It is hard to find a more passionate and friendly person than a Brazilian. Natural movement and pure emotion seems to ooze out of every pore- dancing and singing occurs everywhere. In my volunteer team there were 50 of us, I was the only English person and very few people spoke English which was a challenge for me but made it more of a rewarding and genuine experience, a sharp learning curve but you had no choice but to make the effort to interact. At first I thought I was going to be a bit of a spare part, with spectators asking me questions and I wouldn’t have a clue what they were saying, but after a while you take it on board and you come to realise that far from being useless, at a major event like this there are so many English speaking spectators, officials and athletes who need help to get around and so few English speaking volunteers that you are actually high in demand! I was even given a megaphone on the first day and asked to direct people out of the arena in Portuguese! Cue panic stations at first, but once I got used to it I loved it, I even threw in some German and French for good measure.

I officiated at the London 2012 Paralympics and I can honestly say the level of passion, noise, colour and atmosphere in Rio superseded London. I bought tickets to about 10 different events so I saw first hand what each was like- peripheral sports such as Goalball had amazing atmospheres (too much so in the case of this VI sport- where you need to keep quiet during play, so cue many pleas to curb the crowds excitement!). I volunteered predominantly at the wheelchair fencing event in the Olympic Park, and each day it was a sell out, something I was not expecting at all. The locals told me that the Paralympics were “their games”- in other words no-one could get afford or get access to tickets to the Olympics, but with the Paralympics making many tickets available for just 10 Real for residents (£2.50) the venues were full of kids, families and locals who absolutely made the  most of it. Brazilian Paralympians received total celebrity status, and the crowd cheered louder for last place than the winner. One of the highlights of the Games for me was the national anthem being sung in the aquatics venue for Daniel Dias, the most successful Brazilian Paralympian of all time after winning another gold. I have never experienced goose bumps like it.

I do have my frustrations with corporate big money sponsored major events like this though- global fast food chains and Coca-Cola serving absolute garbage in the Olympic Park at hugely inflated prices being one such frustration. I do recognise it is a balancing act though to fund events despite the contradictory messages this sends out about healthy lifestyle choices. Back in England I know there was frustration with the lack of balanced TV coverage from Channel 4- i.e some sports didn’t get any airtime at all. I have sympathy for Channel 4 to be fair, they only had a finite number of cameras and so would move them around venues as appropriate, so they couldn’t be in all venues at once. They were reliant on the host broadcasters for many of the sports coverage, and the host broadcasters would (naturally) want to focus on the top Brazilian athletes- which meant lots of swimming and athletics. I didn’t see any GB coverage whilst over there on TV, everything was focused on the Brazilian athletes.  To be fair I didn’t have a problem with that at all- if showing more Brazilian athletes on TV helps to raise the profile and awareness of Paralympic and disability sport in the host country then I am all for it.

Lagoa- a magnificent setting for rowing- or a run around 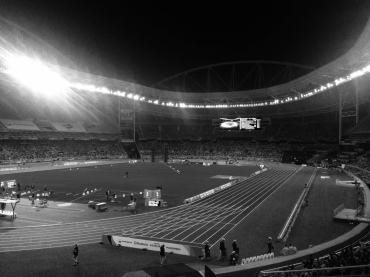 As someone heavily involved in disability sport in my day job in Leeds, the experience was pretty inspirational, and that is before even taking about the performances of the GB athletes, many of whom I know well and have worked with. Being in the Olympic Stadium to see Kadeena Cox medal, Jonnie Peacock smash the 100m, sitting with Hannah Cockroft’s parents whilst she won her third gold, cheering on Para-triathlon as it made its debut on Copacabana beach, watching Sarah Storey break another world record in the velodrome, getting amongst the hoards of Brits at the Lagoa for the rowing domination, seeing Ellie Simmonds claim gold in the pool, an emotional rollercoaster with Lapthorne v Alcott in the quad wheelchair tennis final, not to mention the Boccia and wheelchair fencing……..it was pretty special.

If you have never been to South America before I implore you to go. If you never volunteer then why not change that? Put the effort in and it can take you to some amazing places and give you some unforgettable experiences.