I have wanted to do the Lairig Ghru fell race for a number of years now. Starting in Braemar, the route cuts through the Cairngorm mountain range in-between some of the highest peaks in Britain, on the highest mountain plateau in the country, through to Aviemore. The route is a category C long Scottish hill race, and despite only climbing 640m in total, it is 43km long and follows an old droving road that rises to 835m. The race is held in June and whilst I couldn’t make that this year, I had seen a two day route profiled by Trail Running magazine in their June/July edition. What better way to spend an August bank holiday weekend than a recce of the route followed by a return the next day via an equally spectacular valley?

Rather than spend the first four or five miles on the road from Braemar I missed that section out, parked in the Linn of Dee car park instead, and headed out alongside the Lui water to Derry Lodge. Reminding me of James Bonds old house in Skyfall, the lodge is a disused throwback to when the whole area was royal hunting grounds. 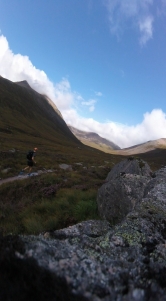 I was lucky with the weather, it was pretty warm, calm and dry until further along the lairig ghru path, where the clag settled in. This did have the bonus of reducing midgy numbers though so I wasn’t complaining (those little buggers get annoying after a while!). Heading out on the track just above the Corrour bothy I was stopped in my tracks by an adder, which slunk its way across the path right in front of me and rather eerily headed directly towards the “devils point” mountain. Scotland’s only snake, and Britain’s only venomous one, its fairly rare to get as close as I did to it as they are usually quite shy and non-confrontational. This one however did turn around and hiss at me as I gave it a wide berth to get past…..

The spectacular scenery continued on the Lairig Ghru trail as I headed up towards the Pools of Dee, the starting point for one of the most famous salmon rivers in the country. Navigating through the slippery boulder field you then start to head down towards the ancient Rothiemurchus forest. From there the race route usually takes you straight through to Coylumbridge and on to the finish at Aviemore, but as I was staying in the youth hostel in Glenmore I took a right and headed through the glorious woods down to the equally glorious Loch Morlich. 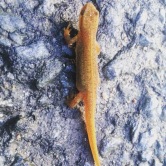 Wildlife spotting- even on the way home from the pub! 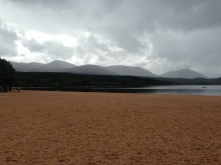 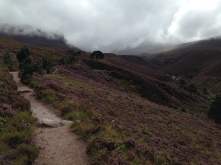 Boasting the UK’s highest beach, Loch Morlich really is one of the most beautiful places in the country, with the forest stretching to the waters edge and framed by the cairngorms in the background. A great place for a token swim too- to be fair I had just run 20 miles so ten minutes in freezing cold water with no wetsuit was more than enough! Plus it was time for some Schiehallion and Cairngorm beer…….. 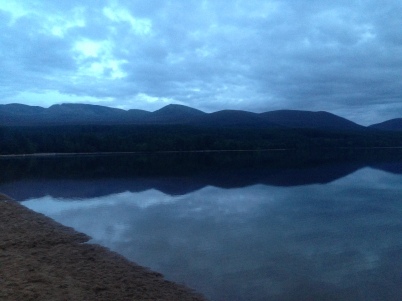 The next day I had a leisurely start (one of the many great things about running 20 miles as opposed to walking is you can have a great lie in!) and headed out past Glenmore Lodge towards the valley on the Eastern side, known as the lairig an laoigh (laoigh is actually pronounced “louis”, which I only found out later and is probably why no one in the pub knew what I was talking about the night before…..).

Another spectacular trail, this route has a little bit more climbing than the lairig ghru, and takes you past the high peaks on your right hand side, past refuges, crossing burns and some fast (and fantastic) running back down towards Derry Lodge and the Linn of Dee car park, some 20 miles and a little over 4 hours later. 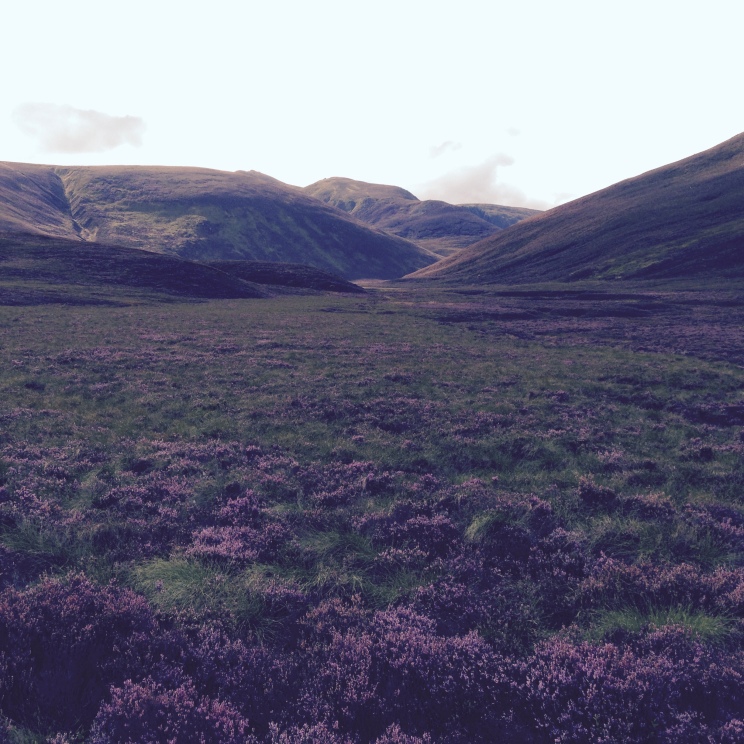 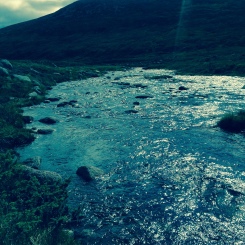 All in all this is an off road running trip I would highly recommend. Navigation wise it is very straightforward, it is a “manageable” 20 miles each way (i.e it is very runnable and not much ascent), and with a stop at the youth hostel at Glenmore it saves you having to carry too much gear or a tent. It takes you through some stunningly remote scenery and an abundance of wildlife, yet doesn’t take the whole day to complete.

The Lairig Ghru fell race is even higher up my “must do” list now.

People often ask what I take on trips like this- well here you go! It may be summer but the weather can turn in the high mountains, so it is best to be over-prepared 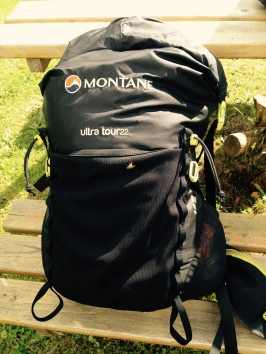 My trusty 22 litre rucksack- I take this everywhere! It is big enough and small enough at the same time

One thought on “Running in the Cairngorms”